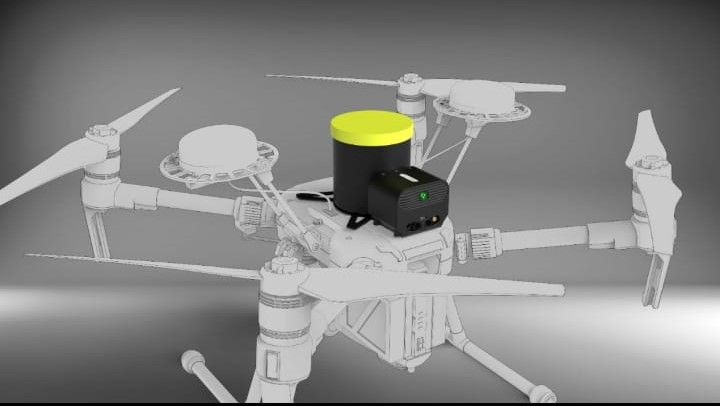 KIRYAT ONO, ISRAEL, September 30th, 2021 / Paras Aerospace, an Indian tech development company, has announced an exclusive partnership with ParaZero Technologies Ltd. The two companies have entered into a regional strategic partnership to address the safety requirements of drones in India, leveraging the technical excellence of Paras Aerospace’s infrastructure for manufacturing and product support from India. Paras Aerospace also announced the launch of certified drone parachutes in the country.

Paras Aerospace is a subsidiary of Paras Defence and Space Technology Ltd, offering a wide range of development, integration, manufacturing and certification of UAV systems. ParaZero specializes in the design and manufacture of autonomous commercial drone safety systems.

“The safety of drones in the national airspace and the people below is of paramount importance for the sector to thrive, as currently, there are more than six lakh such unmanned vehicles available in the country, which is expected to grow more in the time to come” Paras Aerospace said in a statement.

Recently, the central government released the Drone Rules 2021, to promote their usage across various industries.
In line with the Indian government’s policy of ”Make in India, make for the world”, Paras Aerospace envisions building the strongest strategic vision for the country’s drone ecosystem by providing the crucial drone safety parachute systems, manufactured in India for the world market.

Paras Aerospace Chief Executive Officer, Pankaj Akula said, “The parachute systems from ParaZero are certified for safety of flight over people in various countries and are ready for integration on any type of NPNT (no permission, no-takeoff) and commercial OEM (original equipment manufacturer) autopilot based-drones. National drone airspace safety is of the utmost importance and the Drone Rules 2021 recently released by the central government have enabled the industry to utilize them for many industrial sectors. The drones that will be flying in the skies need to be protected from all types of airspace accidents.”

As a safeguarding measure, there is an emerging requirement for safety parachute systems that can safeguard the drone in the case of a crash due to various reasons.

“With more than 30 years of experience delivering defence systems and exclusive manufacturing processes, we are capable of manufacturing the best solution to the Indian drone industry. The complete product lifecycle will be supported by our facilities in India,” added Akula.

ParaZero General Manager, Boaz Shetzer said, “India is entering a new era of the drone-enabled technology revolution. Our partnership with Paras Aerospace will help us provide the ASTM-certified drone safety parachute systems to the Indian market.”

Drone parachutes can protect a variety of drones across many weight classes, including NPNT-compliant ones, with takeoff weight ranging from 1 kg to hundreds of kg, it said. Designed with the goal of protecting the lives of people under the drone and also protecting the liability on the drone owners, the installation of these parachutes also reduces the insurance premium on the mandatory insurance significantly, the company said.

It added that various systems have already received compliance from the international body ASTM as per standard specification for small unmanned aircraft system (sUAS) parachutes. The company also said this internationally acceptable certification enables the system to extend unmatched safety.