Proving the Safety Case for Operations Over Moving Vehicles 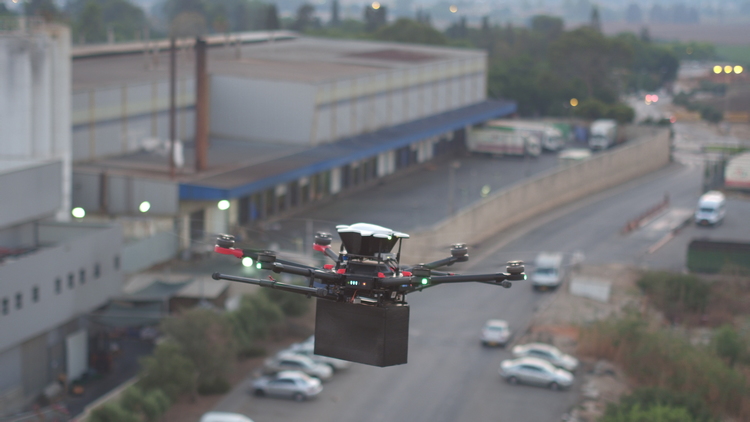 The drone industry is at a challenging stage of growth.  The technology exists to perform advanced operations like long distance flight beyond visual line of sight (BVLOS) or automated missions without human operators on site, but clear regulations and risk-based standards for those operations are not yet complete.  Where should those operations be allowed?  Under what conditions can they be performed safely?  What special procedures, hardware, or safety systems are required?  It will take time, study, and thousands of data points to answer these questions and develop appropriate standards and regulations that will enable the industry to work to the full potential of the technology.  At ParaZero, we’re proud to be part of ground-breaking research helping to define the boundaries of safe drone operations.

What Happens When a Drone Crashes into a Windshield?

We’ve already been able to prove that equipping a drone with a parachute can arrest its descent sufficiently to ensure safety for people below, and ParaZero’s safety systems have been a critical piece of many waivers for flight over people.  In this project, scientists examined exactly what would happen when a DJI Mavic 2 Pro equipped with a ParaZero parachute system crashed into a car windshield.

When developing regulations for flight over moving vehicles, authorities were concerned with the worst-case scenario: a drone failing in mid-flight and crashing into a moving car, shattering the windshield and resulting in an accident.  It’s a scenario easy to imagine, but only real data can determine if it is realistic.  MAAP worked with associate biomedical engineering and mechanics professor Steve Rowson, who specializes in research that accurately recreates real-world impacts, to find out.  The drone was mounted to a pneumatic sled propelled down a track towards a windshield frame, containing salvaged parts from a Toyota Camry.  Researchers varied the speed of the impact to see at what point the windshield would be damaged sufficiently to obliterate the driver’s vision.

“We knew that the force of impact is directly related to speed.  But this research showed that there is a definite threshold for critical damage – and that draws a line in the sand that we can work with to help our customers,” says Boaz Shetzer, ParaZero’s Head of Product.

The Value of Quantitative Data

This quantitative data and all of the related insights are incredibly valuable for regulators and for enterprise users who want to perform operations over moving vehicles.  The research clarifies the environments in which flight over moving vehicles poses minimal risk, like suburban neighborhoods where the speed limits are typically between 25 and 35 mph.

For State Farm, the ability to fly over moving vehicles represents a major improvement in workflow, allowing them to serve their customers better, and more efficiently.  When surveying the damage in a neighborhood affected by hail, flood, or fire, State Farm’s new waiver enables their operators to cover more area in a single flight, without having to land, cross the street, and take off again, as previously required. For the drone industry, new regulations enabling flight over moving vehicles will change the value proposition for many commercial applications, making them a) possible and b) faster and more efficient.

ParaZero’s Director of Business Development & Regulation, Aaron Gabriel Gliner, commented: “We take our role as innovators in the drone industry seriously.  We’re committed to enabling advanced drone operations around the world, and to working with researchers, regulators, and customers to prove the safety case for commercial drones with real data.  As drone technology advances, we’re working to ensure that these new tools can be used to their full potential, providing maximum value with minimal risk.”

For more information, please feel free to reach out to us: