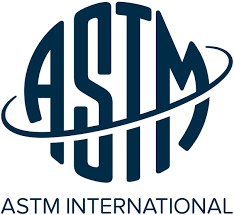 The new ASTM standard, also known as F3322, defines the requirements for the design, manufacturing and testing of sUAS parachute systems. ParaZero was a member of the standard development working group along with the Federal Aviation Authority (FAA), MITRE and other prominent industry players.
Among other things, the standard requires an autonomous triggering system to detect failures and deploy the parachute without relying on the RPIC (remote-pilot-in-command) as well as a flight termination system to stop the motors from spinning. To meet the standard, parachute systems will need to pass a series of aerial deployments (45 deployments for multi-rotors) through which they need to prove the effectiveness of the system in the sUAS’s full flight envelope and in various failure scenarios.

According to Avi Lozowick, ParaZero’s Director of Policy and Strategy, “The standard is designed to allow Civil Aviation Authorities (CAA) to determine with confidence whether a parachute system is safe enough to allow for flight over people. A leading group of experts from around the world spent many months defining and perfecting the standard. We encourage the FAA and CAAs in other countries to adopt this standard.”
Commenting on the above, ParaZero’s CEO, Eden Attias, said “The publication of F3322 will pave the path for safe and legal flight over people. We intend for our products to comply with the standard in the near future.”

ABOUT PARAZERO
ParaZero (www.parazero.com) was founded in 2014 to accomplish a vision to enable the drone industry to realise its greatest potential. ParaZero offers a smart and intuitive solution to enable drone industry growth by designing, developing and providing best-in-class autonomous safety systems for commercial drones